Collaborating with The R&A we utilised our Tournament-Apps framework to develop and support the official mobile app for the AIG Women's Open held at Royal Troon Golf Club from 20th-23rd August 2020. Building an app for a major championship was a real privilege but as with any event app it comes with the pressures of ensuring that everything works correctly 'on the day' as there are no second chances!

The AIG Women's Open was rebranded this year and the team at The R&A were able to give us assets, brand guidelines and fonts so that we could ensure that the look and feel of the app was consistent with both the Championship brand and the website. Adapting the app framework was not too difficult or time-consuming as the framework is already set up to accept brand themes and the brand assets were supplied in appropriate formats. We were also able to developa native component to incorporate the Rolex clock on the leaderboard to ensure that the branding and partnership was consistent.

We worked with TEC:agency, who have designed and built the scoring APIs and the official scoring website. They were easy to work with and provided a well-documented and reliable set of APIs to provide our framework with the player list, tee times and scores. Our scoring engine was tweaked slightly to ensure thatthe two leaderboards matched under all circumstances and the connection between the two systems proved to be reliable and stable. The result was an appwhich always showed the latest scores and matched the leaderboard and tee times of the official website even though technically there were two separate scoring engines calculating the leaderboard.

The AIG Women's Open was played without spectators due to the Covid-19 pandemic and was hailed a great success and a wonderful spectacle as the world's best golfers competed in some challenging conditions. Congratulations to Sophia Popov for winning with a final score of 7 under par. The app and framework performed really well and proved to be a great way of keeping up to date with the Championship using the live leaderboard, push notifications, live commentary and daily video highlights. It was extremely well received by fans and players alike and download numbers and reviews were excellent. 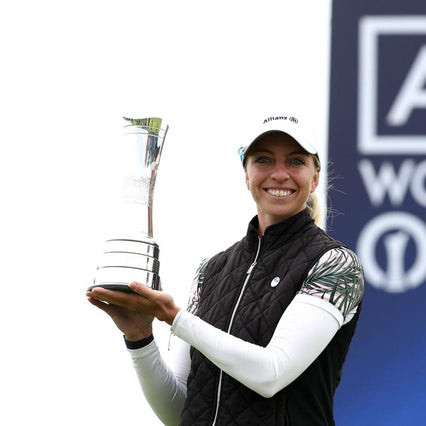 The R&A were delighted with the app and framework as it proved to be reliable, secure and very popular. The push notifications were particularly useful for app users who would have liked to have been at the event. The app received 25 ratings on the App Store and Play Store, every single one 5 stars! It is still available on the stores, simply search for AIG Women's Open. It remained within the top 100 UK sports apps on the App Store for the duration of the event, peaking at number 44.

"Working with the Tournament-Apps framework for the AIG Women’s Open app was a real success. The flexible nature allowed us to customise the look and feel of the app to fit in with the new brand which was launched for the AIG Women’s Open this year. Throughout the customisation and testing of the app, the Tournament-Apps team were really accommodating in any changes we needed to make and the results of this showed in a really smooth sailing Championship."